The September 2019 jobs report showed decent hiring during the month with the health-care and education industries seeing the biggest growth.

The government reported Friday that payrolls increased by 136,000, missing the 145,000 estimate economists polled by Dow Jones had forecast. The unemployment rate, however, fell to a new 50-year low of 3.5%.

CNBC studied the net changes by industry for September jobs based on data from the Labor Department contained in the employment report. 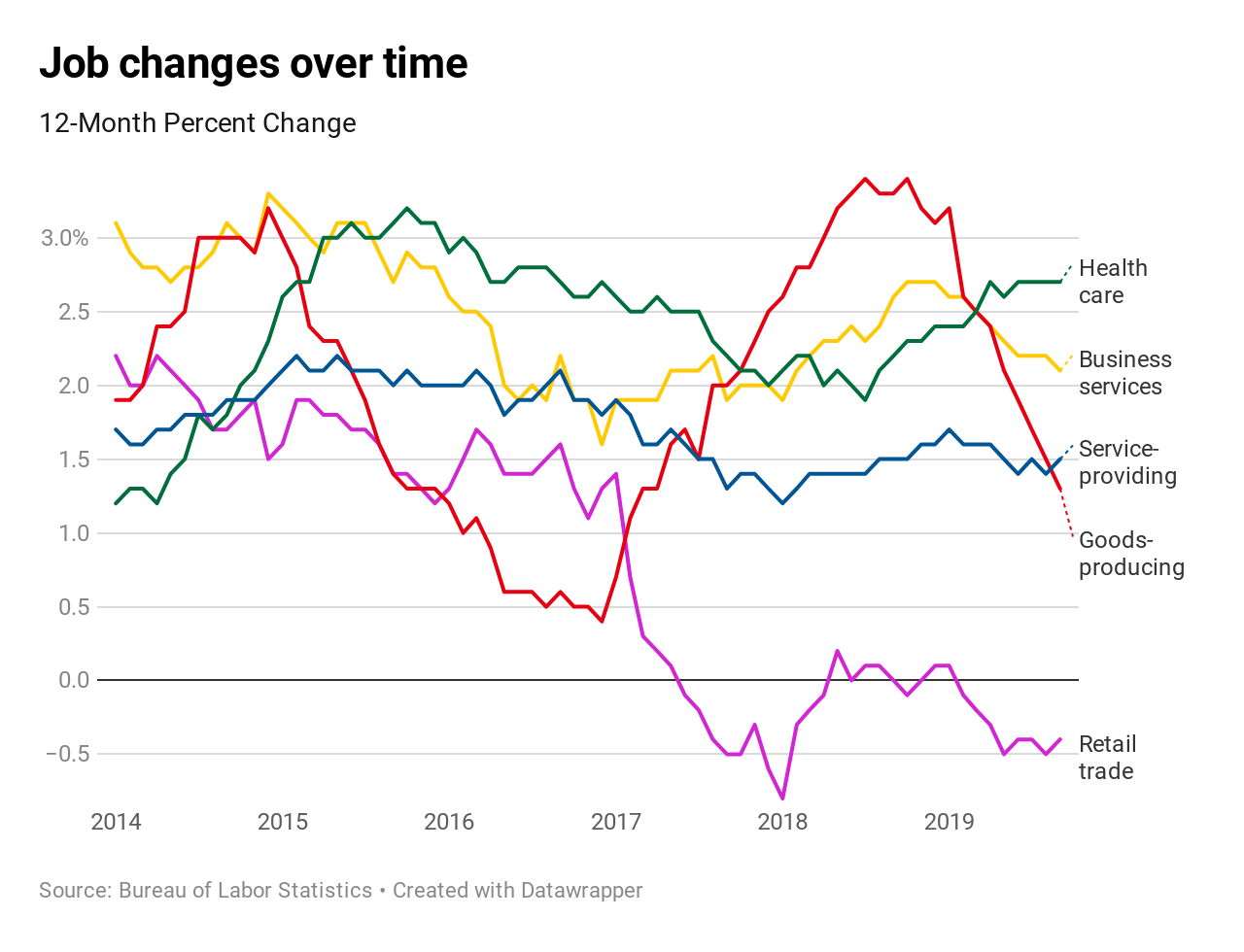 Health care and education — a consistent employment gainer — topped the list in September with a net gain of 40,000 payrolls. Stripping out the education components, health care and social services added 41,400 jobs amid strong hiring in ambulatory outpatient care, hospitals and nursing.

Professional and business services added 34,000 jobs amid gains in management consultant positions as well as an uptick in temporary help services. Manufacturing saw a net loss of 2,000 jobs.

The government, which doesn’t tend to post big employment swings from month to month, added a hefty 22,000 positions in September after a whopping addition of 46,000 jobs in August. The government noted, however, that hiring is surging between local government adds; Washington posted strong gains in the prior month as the federal government works to staff up with temporary workers ahead of the 2020 census. 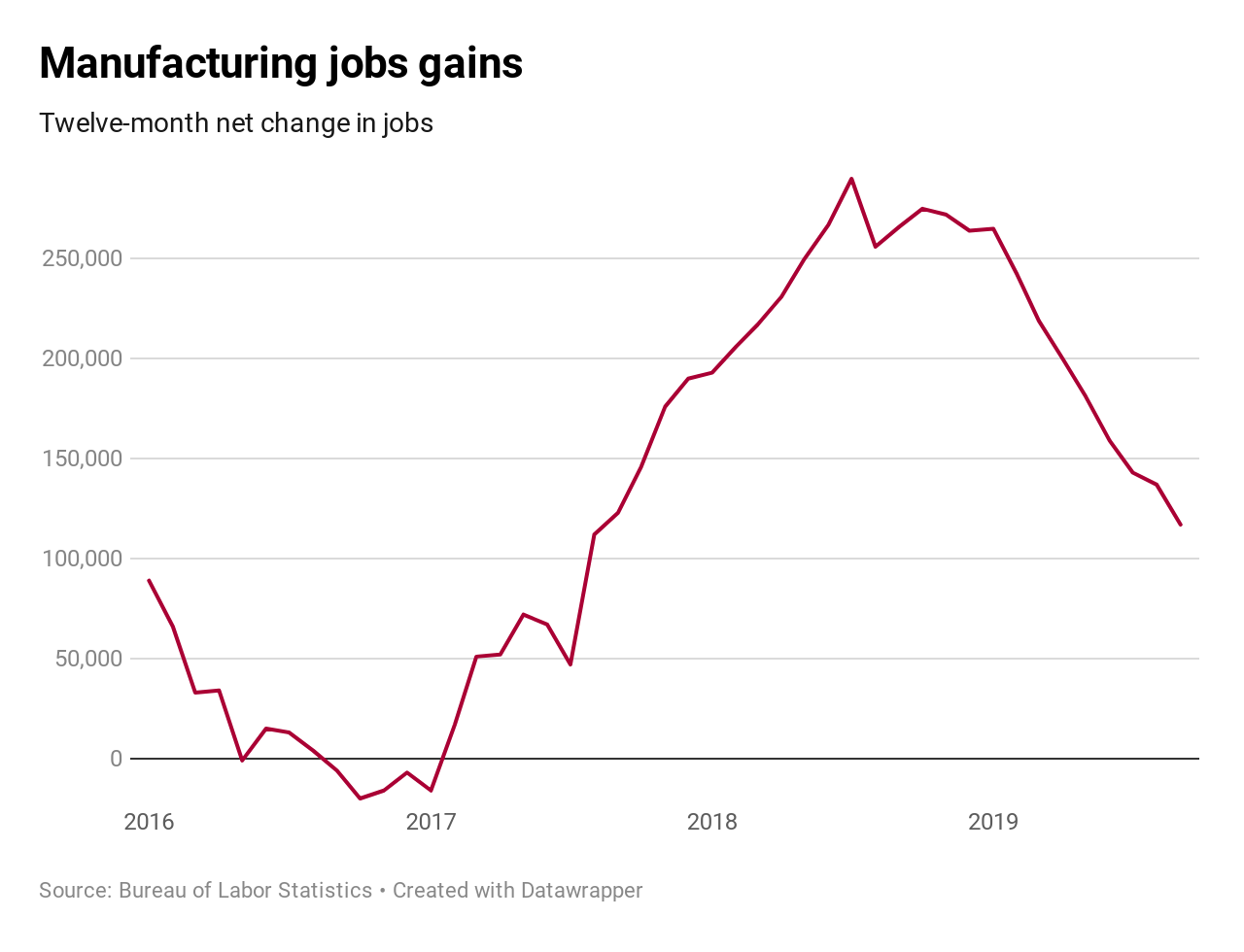 “In September, health care added 39,000 jobs, in line with its average monthly gain over the prior 12 months,” the Labor Department said in a release. “Employment in professional and business services continued to trend up in September (+34,000). The industry has added an average of 35,000 jobs per month thus far in 2019, compared with 47,000 jobs per month in 2018.”

Retail trade continued its streak of losses with a decline of 11,400 jobs for the month. Since reaching a peak in January 2017, retail trade has lost 197,000 jobs.

The government also said wages increased at a slower pace, up little between August and September and rising just 2.9% over the year.

Abolish the Police? Those Who Survived the Chaos in Seattle Aren’t So Sure